I'm thrilled to say I have copies of these books.
Physical copies to be autographed to you or your loved ones:
1. Half of the Battle is to Surrender All I Have (prose/poetry/poems)
2. Outcry, Shalom, large print (Book 2 of MTM Series), limited
3. From the Depths of My Soul (limited copies)
4. Day Begins with Christ, 2008 version
5. Begin with Christ, 2018 version, 3-4 copies left (Amazon, $24.99)
6. Begin with Christ Journal, 2018, 1-2 copies left (Amazon, $24.99)
Prefer to pay online:
paypal.me/AdriennaTurner
Pay by Phone: Cash App (inbox me)
If you want to order on site: Go to Dream4More
Send $30, price of book and covers shipping/handling. 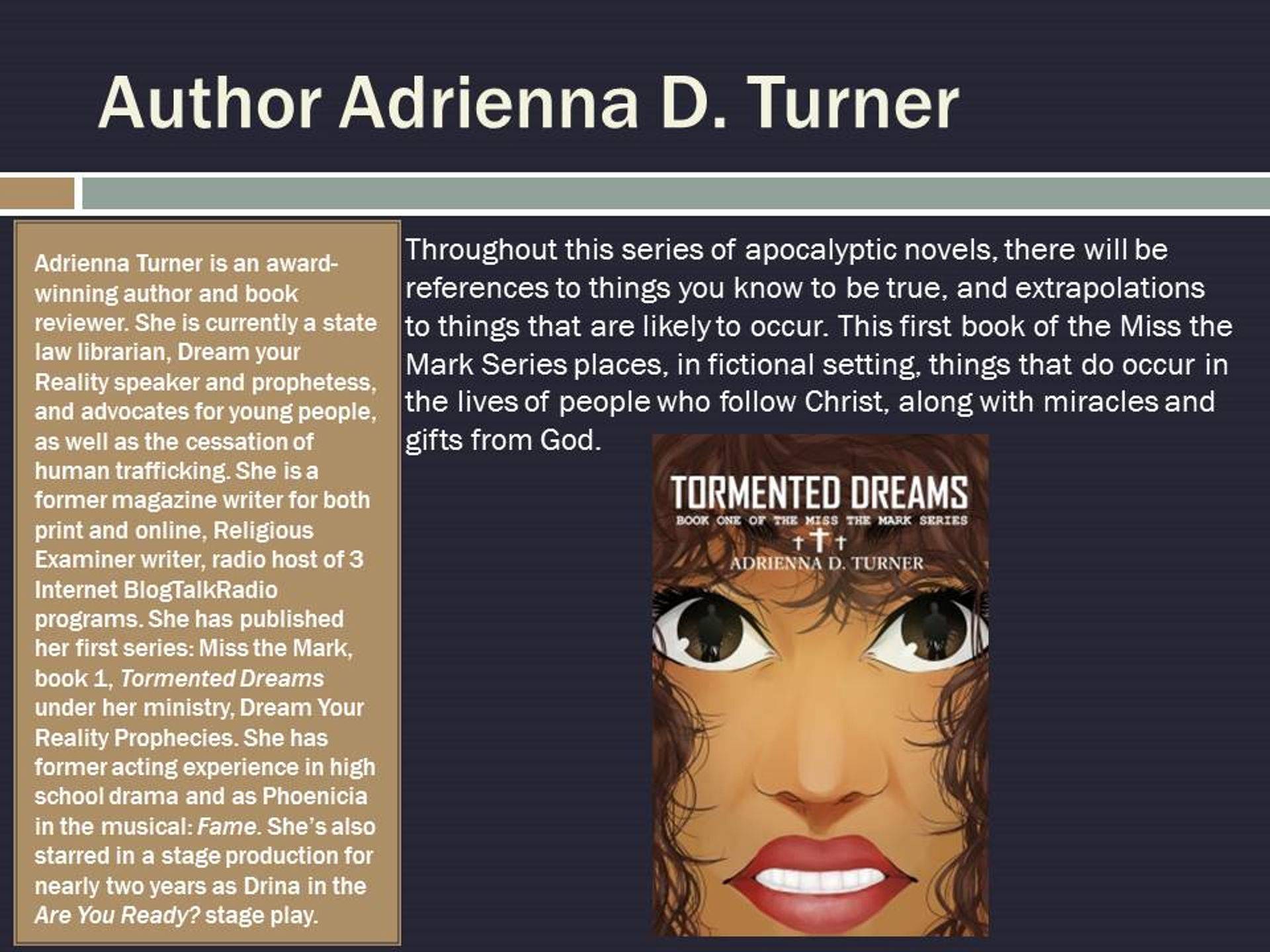 Adrienna Turner is an award-winning author of "Day Begins with Christ." She has won awards as a best/favorite radio host speaker and as best book reviewer. She's a former magazine writer, radio host of several shows, and Dream Your Reality Speaker. She has former acting experience in the musical hit "Fame" as Phoenicia and also starred as "Drina" in the stage production "Are You Ready?" stage plays.

Host of the Year with Facebook Urban Literary Award.

"A five-star review from the Oprah Winfrey of book reviewers has me over here shouting!!!!!  by E.N. Joy

She has had two online radio shows: Adrienna Turner Show, and Dream4More Radio.

*Former TV panelist on "Meet the Author" on Milwaukee on channel 99 and 14 on U-Verse.

Book of the Month on AAMBC: